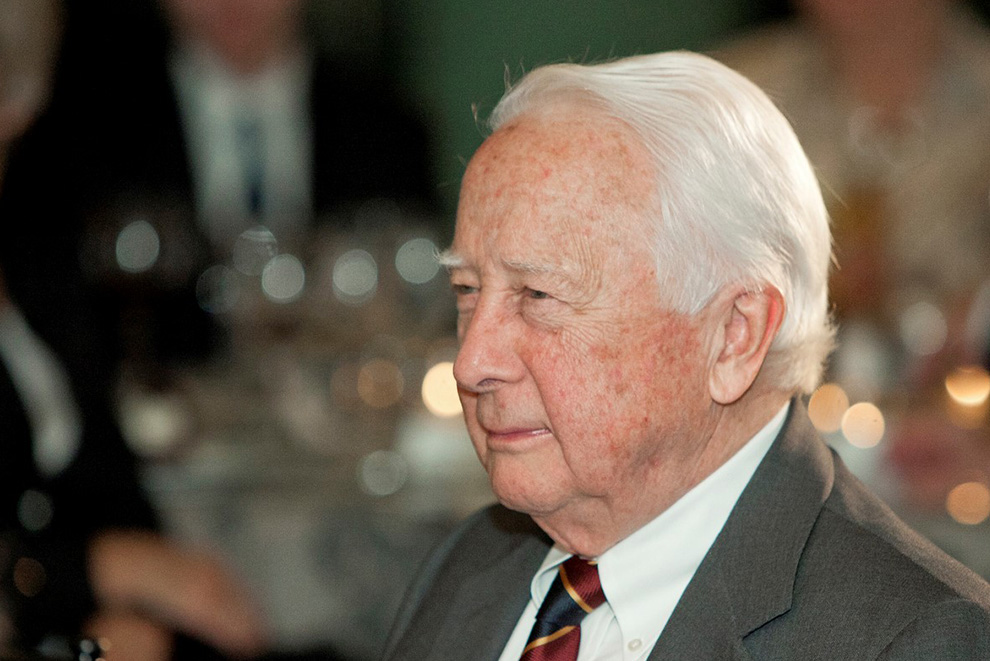 The United States, indeed, the world, lost an intellectual giant. David McCullough was one of our most extraordinary historians, teachers, and authors, more so because his life’s work became the narrative of our own national story. His legacy of accomplishments, awards, and contributions are too numerous to mention. He was a two-time winner of the Pulitzer Prize (1993 and 2002), and he won the 1982 National Book Award and received the Presidential Medal of Freedom in 2006. Among his many books were Truman, John Adams, The Wright Brothers, 1776, and Mornings on Horseback. He published hundreds of essays and delivered thousands of memorable speeches over the course of his 50-year career.

Reading his work taught us about ourselves; he limned the outlines and then vividly colored in the lives of our Founders and civic leaders, our statesmen and women, cultural figures, scientists, artists, writers, slaves, workers, immigrants, émigrés, neighbors, and friends, in all their glories and debacles, all their complexities. In short, he spent his own long life chronicling the many lives of this national American family. He practiced the historian’s craft of meticulous scholarship. The hundreds of footnotes bear witness to his intense archival research and form the scholarly platform for the narratives that bring the people and places of American history alive. And alive they were. He had no patience for teaching history from dry textbooks, noting, “most of them are inconceivably dull, and their political correctness is sometimes ludicrous.” He advocated and practiced, “the detective work of history, the excitement of the hunt, the thrill of discovery.”

And he reached out to us not only on the page. The mere mention of his name immediately invokes that warm, authoritative, spellbinding voice, the voice we heard in Ken Burns’ seminal 1990 nine-part PBS documentary series, The Civil War, and popular films such as Seabiscuit, among other productions. Listening to him speak was a captivating experience, and it brought everything he wrote to life.

At the American Council of Trustees and Alumni’s (ACTA) 2011 gala, where he received the Philip Merrill Award for Outstanding Contributions to Liberal Arts Education, he gave a speech entitled “On Teaching History and History Teaching.” It is both a homage and a roadmap for teachers: “I think our teachers are the most important people in our society. I think they are doing the work that matters most and will matter most in the long run. . . . We have to know who we are and where we come from.”

In describing the influence of many of his favorite historians, those who profoundly shaped our perceptions of ourselves, he depicted the best of them as “heart-wise historians. Heart-wise teachers who understand the heart that sits on the dunce’s stool and dreams away all night, because in those dreams, history is sometimes fashioned as much as by any politician or general.”

David McCullough was, at heart, our teacher, and abundantly earned renown as a “heart-wise historian.” We at ACTA will endeavor to preserve and build on his enormous contributions to the core of the liberal arts: putting before us the monuments of the ages to shape our minds and hearts and characters.