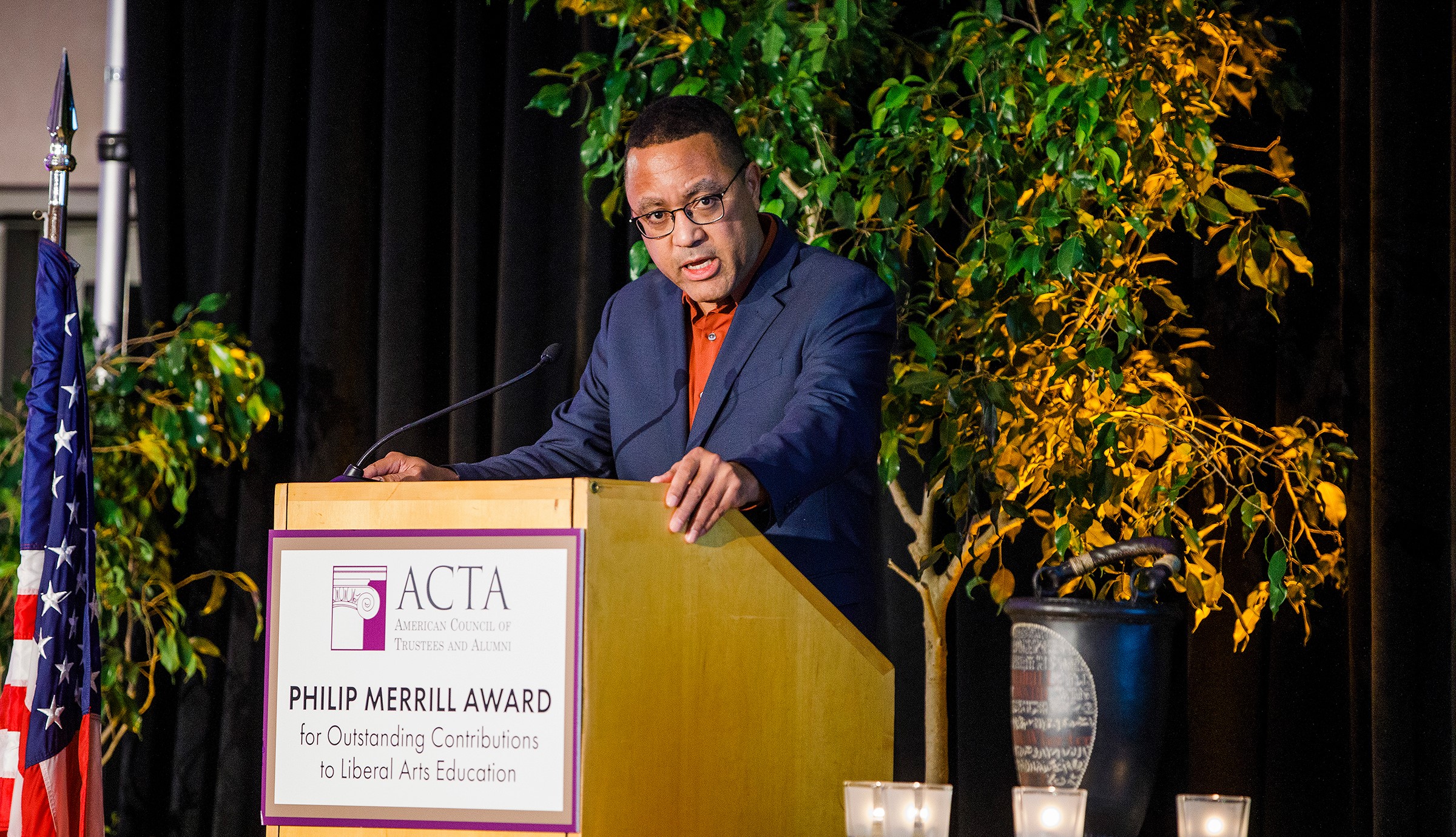 Is the Problem Free Speech or Modernity?

John H. McWhorter, a scholar, teacher, editorialist, and social critic, is one of the most important voices in contemporary American life. A linguist by training, he currently serves as associate professor of English and comparative literature at Columbia University, having previously served as associate professor of linguistics at the University of California– Berkeley. His seminars on the change of languages, and what happens when they come in contact with one another, have won high acclaim. As the author of more than 20 books and a contributor to numerous leading publications, his incisive writings have powerfully increased the public’s understanding of language, race relations, and liberal arts education. His books include The Power of Babel: A Natural History of Language, Losing the Race: Self Sabotage in Black America, All About the Beat: Why Hip Hop Can’t Save Black America, and Our Magnificent Bastard Tongue: The Untold History of English. In his most recent, bestselling book, Woke Racism: How a New Religion Has Betrayed Black America, he argues that what he terms “Third Wave Antiracism” amounts to a new, and perverse, religion. In this religion, “white privilege” serves as original sin, and cancel culture and social media mob attacks are the weapons of choice to silence heretics. He was nominated for an NAACP Image Award for Outstanding Literary Work in Non-Fiction and has appeared on many TV and radio shows, including Meet the Press, John McLaughlin’s One on One, The O’Reilly Factor, and NPR’s Fresh Air. Dr. McWhorter earned his B.A. in French from Rutgers University, his M.A. in American Studies from New York University, and his Ph.D. in linguistics from Stanford University.

“Professor McWhorter’s role as a scholar, teacher, and social critic makes him one of the most important voices in contemporary American life,” said ACTA President Michael Poliakoff. “His incisive writings have powerfully increased the public’s understanding of language, race relations, and liberal arts education. The high importance he places on intellectual openness and the free exchange of ideas is key to reviving liberal arts education and repairing our fractured public discourse. ACTA is privileged to honor him as its 17th Merrill Award winner.”

For six decades, Dr. Gordon S. Wood's scholarship has advanced the understanding of the formative years of our nation. His work on the American Revolution and the creation of the American Republic is not only renowned for its meticulous accuracy and groundbreaking insight...

The Present Danger at Our Leading Universities: What is to be Done?

The Honorable José A. Cabranes, United States Circuit Judge of the United States Court of Appeals for the Second Circuit, warns of the destructive synergy of non-academic administrators and student activists on freedom of expression at America's colleges and universities. He gave this speech u...

Mitchell E. Daniels, Jr., president of Purdue University, paid tribute to the transformative nature of the liberal arts when studied rigorously and in an atmosphere where the robust clash of ideas is allowed to flourish. He gave this speech upon accepting ACTA's 2018 Philip Merrill Award for Outs...