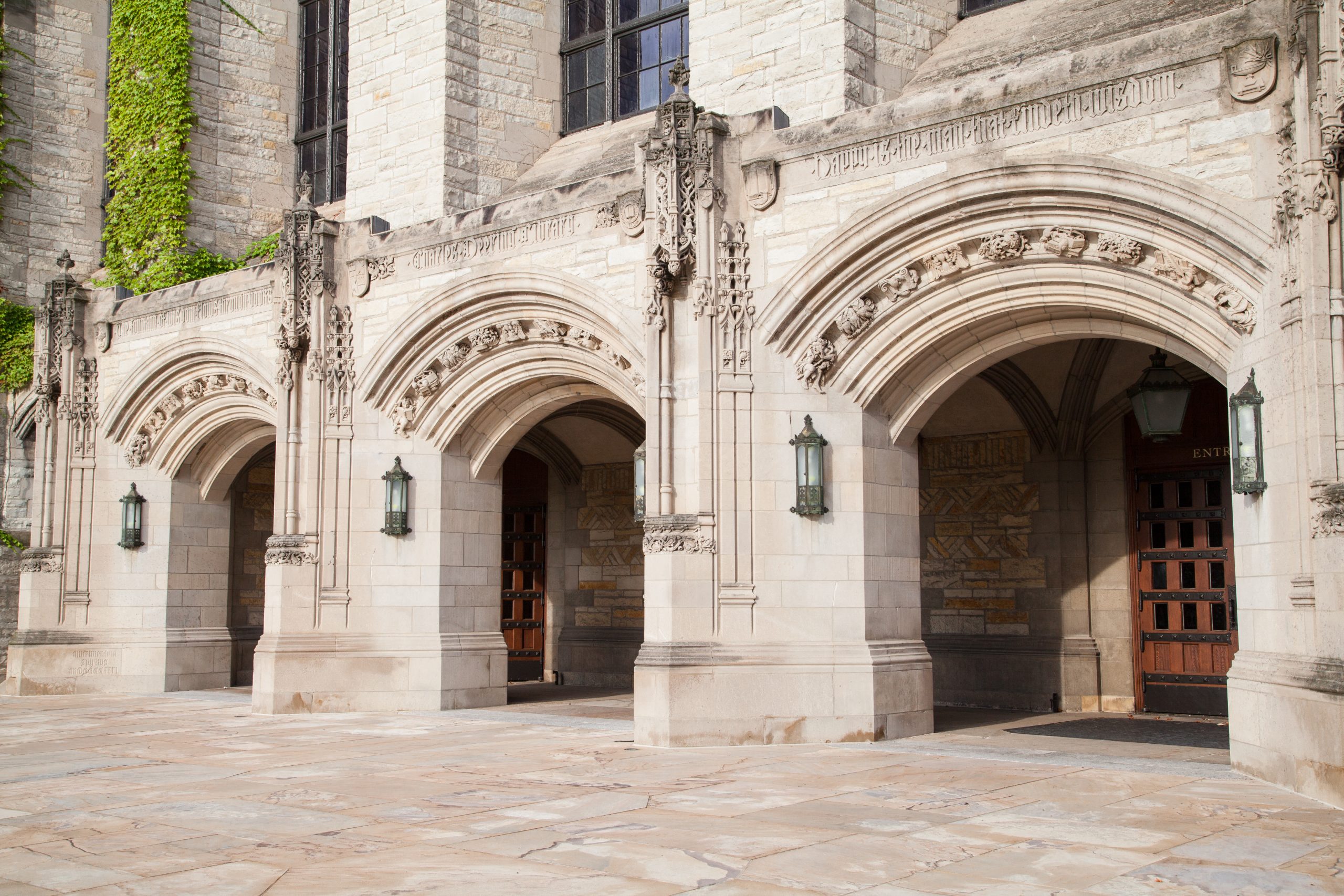 ACTA Survey: Illinois education bureaucrats out of step with the public

A majority of respondents favor equipping teachers to develop core skills and competencies over the encouragement of progressive political activism. Illinoisans also favor a curriculum that focuses on “American founding principles and . . . documents” over one that incorporates key tenets of the New York Times’ 1619 Project.  At the postsecondary level, strong majorities oppose reducing police presence on campus; support viewpoint diversity; favor a merit-based application process; and prioritize reducing the cost of tuition over expanding diversity and equity programs. The telephone survey of 800 Illinois residents also found that while over two-thirds of respondents agree that “freedom of speech and open deliberation is the foundation of our democracy,” 64% report that they have stopped themselves from expressing their opinion on controversial issues “often” or “sometimes.”

In recent years, public debate has intensified on issues related to K-12 social studies curriculum, diversity and inclusion policies on college campuses, free and open debate in higher education, and self-censorship in our wider society. The New York Times’ 1619 Project regularly makes headlines, as do efforts to revise public school curriculum and teaching standards. Most recently, an Illinois Department of Education rule mandating “culturally responsive teaching and leading standards for all Illinois educators” stirred national controversy. An early version of the rule required candidates for teaching licenses to “embrace and encourage progressive viewpoints and perspectives,” and the final regulation includes several pages of language that encourages teachers to advance social justice priorities. (For example, “The culturally responsive teacher and leader . . . is aware of the effects of power and privilege and the need for social advocacy and social action to better empower diverse students and communities.”)

To understand the views of Illinoisans, the American Council of Trustees and Alumni (ACTA) commissioned eighteen92, national pollster with extensive experience in Illinois, to survey n800 Illinoisans about current trends in K-12 and higher education, as well as broader issues related to free speech, self-censorship, and cancel culture. Interviews were conducted February 17-21, and respondents were reached by a combination of cell phones and landlines. Thirty-nine percent of respondents affiliated with the Democratic party, 27% identified as Independents or with a third party, 25% affiliated with the Republican party, and 9% were unsure. The poll’s margin of error is 3.46%.

The ACTA-eighteen92 survey found limited support for politicizing K-12 public education along the lines proposed by the Illinois Department of Education. Presented with two views—“K-12 teachers should work to expose students to a variety of perspectives about the country’s founding and history, and to equip them to think critically about its successes and failures” and “K-12 teachers should embrace progressive viewpoints and perspectives when teaching U.S. history, to encourage students to advocate for social justice causes”—Illinoisans opined against using the classroom for progressive political activism by a wide margin, 62% to 23%.

Illinoisans expressed limited support for a key tenet of the New York Times‘ 1619 Project, which aims to “reframe the country’s history” by putting slavery and its enduring consequences “at the very center of our national narrative.” Forty-eight percent of respondents favored a focus on “American founding principles and . . . documents,” compared to 38% who favored “new curriculums that teach children to understand that America is founded on slavery and remains systemically racist today.”

When it comes to teacher preparation programs, a majority (57%) of Illinoisans answered that the focus should be “on making teachers better equipped to help students develop core skills and competencies,” compared to 34% who answered that teacher training programs should “prioritize teaching progressive viewpoints and social justice advocacy.”

Levels of satisfaction with public schools are fairly low in Illinois. Six percent of respondent answered that the K-12 public education system is doing an “excellent” job, compared to 38% who said “good,” 29% who said “not so good,” and 19% who said “poor” (for a net “good or better” difference of -4%).

Illinoisans do not support common diversity and equity policies and practices on public campuses.

A resounding 84% of respondents said that “all people should be treated equally on merit” when the question was posed in general terms. When asked to think about the college admissions process specifically, 63% answered that “all people should be treated equally based on merit, even if that results in less racial diversity at selective colleges and universities,” including 89% of Republicans, 62% of Independents, and a plurality (47%) of Democrats.

There is little evidence that the diversity training programs commonplace on college campuses today are popular with the general public. For instance, 64% of respondents disagree with mandated diversity training that encourages white students and faculty to “acknowledge they are inherently racist,” including 88% of Republicans, 70% of Independents, and 44% of Democrats.

Illinoisans across the political spectrum disagreed with the statement that “the presence of police officers on college campuses does more harm than good and should therefore be reduced.”

The survey also found that 68% of respondents have a favorable view of police officers in general, which is higher than favorability ratings for Illinois Governor J.B. Pritzker (41%), the Black Lives Matter organization (48%), the University of Illinois (55%), and teachers unions (52%).

Efforts to disinvite controversial speakers and movements to rename buildings and tear down statues confirm what recent student surveys have revealed: Freedom of expression and open debate are under siege on college campuses. ACTA’s survey found that Illinoisans highly value viewpoint diversity, with 69% of respondents agreeing that “the University of Illinois should do its best to promote a balance of conservative and liberal faculty,” including 79% of Republicans and 64% of Democrats.

By more than a five-to-one ratio, Illinoisans who perceive an ideological tilt in the way that Illinois universities teach students say they are “too liberal” (35%), compared to 6% who answered “too conservative” (36% said “fair and balanced”).

The survey also found broad bipartisan opposition to efforts to restrict viewpoint diversity on campus. Fifty-nine percent oppose “efforts to prevent speakers from expressing opinions that some members of the campus find offensive,” including 72% of Republicans, 63% of Independents, and 49% of Democrats.

Illinoisans believe lawmakers should take an interest in the climate for free and open debate on taxpayer-funded campuses. Sixty percent agreed that “the state legislature should fund programs at the University of Illinois that promote viewpoint diversity.”

Illinoisans also believe that higher education should be concerned with civic literacy. When asked which view is closer to their own—that public universities should “work to educate citizens in U.S history and founding principles as the basis for reasoned debate and civil dialogue” or “work to combat systemic racism and structural inequality”—majorities of Republicans (90%) and Independents (67%) prioritized education for civic literacy, while Democrats favored combating systemic racism by a narrow margin (45% to 43%). A plurality of African American respondents, and majorities of Hispanics (51%) and Caucasians (69%), said that prioritizing U.S. history and founding principles is closer to their view.

National surveys have repeatedly shown that political correctness has silenced important discussions—among students on college campuses and in the broader marketplace of ideas. The ACTA-eighteen92 survey suggests that the same is true in Illinois, where 64% of respondents reported that they stop themselves from expressing their opinion on controversial political and social issues “often” (30%) or “sometimes” (34%), with an additional 18% doing so “rarely.”

Of those who reported self-censoring, 22.4% said the main reason they do so is because they are worried about unfair criticism, while 22.0% answered that they are “worried about professional or academic consequences” for saying the wrong thing.

A plurality of respondents (42%) answered that, generally speaking, Americans are “too politically correct.”

Presented with two alternatives—“Fighting racism means using government to make sure that people of all races have equal outcomes” when it comes to salaries, employment rates, and collegiate acceptance rates and “fighting racism means making sure that everyone . . . has the same opportunities and equal protection under the law”—a majority (50.1%) selected the latter view, compared with 40% who preferred the first.

Issues related to K-12 curricular content, campus free speech, and cancel culture are likely to remain salient with voters in Illinois and around the country. Those making and implementing policy have strong reasons to pay attention to public opinion. The ACTA survey reveals strong support for traditional approaches to public education, including civics education focused on the country’s founding and history at both the K-12 and postsecondary levels, teacher preparation programs focused on helping primary and secondary students to develop core skills and competencies, and efforts at colleges and universities to safeguard campus speech and encourage viewpoint diversity. Support for using public schools to encourage advocacy for social justice causes and the notion that America remains systemically racist today was limited in comparison and concentrated among Democrats. Similarly, the survey found relatively low levels of support at the postsecondary level for reducing police presence on campus, increasing expenditures on diversity and inclusion, encouraging white faculty and students to acknowledge inherent racism, and the prioritization of racial diversity in college admissions decisions.

To learn more, download the topline here and crosstabs here.

This report card on public higher education in Illinois focuses on four key areas of the public's interest: what students are learning (the curriculum), whether the marketplace of ideas is vibrant (intellectual diversity), how the universities are run (governance), and what a college education co...

WASHINGTON, DC—Illinois colleges and universities are leaving large numbers of graduates with significant gaps in their knowledge and career preparation because of their weak curricular requirements, according to the latest edition of What Will They Learn? from the American Council of Tr...

It is a sad irony that freedom of speech is under threat on college campuses. From Galileo onward, history is replete with examples of what happens when the inquiry that leads to discovery is derailed. For 25 years, the American Council of Trustees and Alumni, which I ser...

One needn't look very hard these days to find evidence of significant intervention by state politicians in public university matters -- or of accrediting agencies questioning those politicians' decisions. Just in the last two weeks, regional accreditors in the Southeast and the Northwest, respect...

Saint Cloud State University administrators' rebuke of a student for making an analogy that referred to race has critics of campus political correctness crying foul. In December, Christopher Monson, a junior at the university, was quoted in the campus newspaper, the University Chronicle...